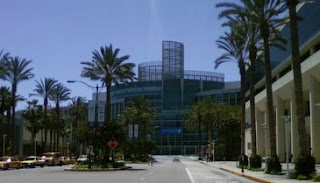 I spent this afternoon in the House of Deputies, along with Donna Cartwright and Rev. Karen McQueen of the Diocese of LA, drinking coffee and eating chocolate, trying to stay awake, waiting for D012 to come up. This is the resolution sponsored by Byron Rushing of MA, Sarah Lawton of CA and Dante Tavolaro of RI which would put the Episcopal Church on record in supports transgender civil rights. 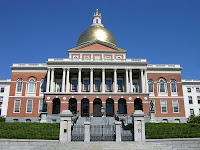 At the very same time, three thousand miles away, people gathered at a hearing of the Massachusetts Judiciary Committee regarding a transgender nondiscrimination bill. It may surprise you to note that Massachusetts is not one of the thirteen states + D.C. to have discrimination protections for trans people. I testified at the hearing for another version of this bill last year and would have again this year were I not here at GC. I am proud to be able to report that the Very Rev. Jep Streit, Dean of the Cathedral Church of St. Paul, testified in favor of this legislation today. To read a comprehensive article about the hearing in Bay Windows, the Boston Area LGBT weekly, click here. Below is video from the press conference that preceded the hearing.

After posting here and on facebook, I tweeted about the simultaneity of our work here at GC and in MA: "Love to all at MA trans legislative hearing right now! Take heart: HoD just passed C061 which now goes to bishops." Later, I picked up tweets from at least two people saying they had mentioned GC's trans resolutions during their testimony in MA. One suggested that this witness is sign to the rest of the country, and beyond, that trans issues are neither "obscure" nor "bizarre".

Now, I know a bunch of folks here are showing some signs of "ubuntu fatigue" (for those who don't know, it's a word that means "I in you and you in me" and is the theme of this Convention), but if this interlinked witness isn't an example of "ubuntu", I don't know what is.

The first of these resolutions reads:

"Resolved, the House of Deputies concurring, That this 76th General Convention of The Episcopal Church recommends and encourages all bodies of The Episcopal Church to utilize all available resources to revise and adapt forms to be fully inclusive of all people: by including lines not only for one's legal name, but also for one's preferred name as well as one's gender identity and pronoun preference.

For the second General Convention in a row, the Episcopal Church is considering legislation pertaining to transgender people. Resolutions include changing Canon III.1.2 and III. 1. 3 to include "gender identity and expression"; supporting transgender civil rights; and supporting a fully inclusive ENDA (Employment Non-discrimination Act). This resolution extends into the life of the Church the respect and recognition of transgender people conveyed by these other resolutions, by calling for a small but significant change in forms. This resolution would add four lines to Church forms: legal name, preferred name, gender identity and pronoun preference.

The addition of preferred name to legal name would benefit many people. A person's legal name could be William, but he might go by a middle name. For transgender persons, the "preferred name" line can facilitate respectful treatment even if they do not have the financial means to legally change a birth name to one that reflects gender identity.

The choice to write out one's gender identity (one's inner sense of oneself as a man, a woman, or another gender category), rather than the restriction of the categories "male" or "female" from a multiple choice dropdown menu, would significantly facilitate the ability of transgender people to access and take their place within the life of the Church.

Similarly, the ability to choose the pronouns by which one is referenced deeply impacts transgender people's experience on a very concrete level, moment by moment. The imposition of pronouns with which one does not identify can be experienced as profoundly dehumanizing.

Adding these five lines to church forms would represent a small but significant step forward as transgender people increasingly take their place in the life of the Church. In a highly concrete way, these changes would reflect our conviction, as stated in our Baptismal Covenant, that we respect the dignity of every human being. Forms are, in a real sense, doorways that can significantly frame our experience of the Church. For transgender people-and indeed, for all-they should stand open, inviting and valuing full participation."


The second of these resolutions, submitted by Dr. Louie Crew, is D032. It reads:

"Resolved, the House of Deputies concurring, That the 76th General Convention commit The Episcopal Church itself not to discriminate in employment of lay employees based on race, color, sex, national origin, age, familial status, disability, sexual orientation, or gender identity, or gender expression.

The Church is generally exempt from federal employment discrimination laws, and those of most states and localities, but except for discrimination based on religion which may be appropriate for some positions, The Episcopal Church supports the principles of non-discrimination. It should take credit for that position public. Many but not all of the above categories are set forth in resolutions of previous General Conventions but this would put them all in one convenient location."


Michelle heard what little discussion there was on these resolutions, and may want to comment more. The only reservation, again raised by Bishop Geralyn Wolf of Rhode Island, was about the term "gender expression." Bishop Marc Andrus had distributed copies of the NGLTF definitions to the House of Bishops which defined that term, but Bishop Wolf did not appear satisfied and voted against it. She had raised a similar question in the hearing at which I testified last week.

The bottom line, however, is that the vast majority of the bishops passed the resolution, and quickly at that. Both D090 and D032 now head to the House of Deputies where, if they pass, they become an official position of the Episcopal Church.

So now, as I look toward tomorrow (Wed), the House of Bishops could get C061 (the ministry canon change to include "gender identity and expression"). The House of Deputies will undoubtedly take up D012 (trans civil rights), first thing in the morning, and I don't know when they will get D090 and D032, not to mention C048 through which the Episcopal Church would explicitly support an inclusive ENDA (more on that later).

I look forward to seeing what happens tomorrow, and pray that the Spirit of Truth and courage will keep on blowing here, and across this country.

CP
Posted by Cameron Partridge at 12:16 AM