Today, in Your Hearing 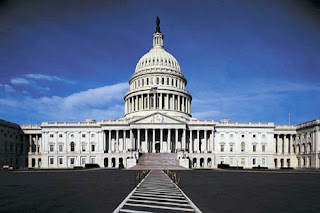 As Congress gears up to begin hearings on the Employment Nondiscrimination Act (ENDA) tomorrow (September 23, 2009), I am grateful to recall how decisively The Episcopal Church declared its support for transgender civil rights in general, and a fully inclusive ENDA in particular, this summer at its 76th triennial General Convention.

I remember the various stories that came out over the course of the Convention about trans people, our vulnerability to discrimination and violence as well as the progress we are making in all areas right now. The stories came from TransEpiscopal members, several of whom testified at General Convention hearings, and on the floor of the House of Deputies. Stories came, seemingly out of the blue, from people I had never met. And I remember how bishops rose, one after another, to speak in support of Anti-Discrimination protections such as ENDA. It was incredibly moving.

But what’s incredibly sad is, as the National Center for Transgender Equality and the National Gay and Lesbian Task Force recently learned in a joint study, 97% of those who are gender non-conforming and/or transgender identified have experienced mistreatment, harassment, or discrimination in the worplace. As long as there is no federal Employment Nondiscrimination Act, that statistic is in danger of staying right where it is, because gender identity and expression are not protected categories in most states.

But even more important than a statistic is the impact of that statistic, and the experiences underlying it, on a community that so needs hope. How many trans people give up on their dreams because they fear not simply discrimination itself but the lasting emotional impact of discrimination? I’m talking about a sense of self worth, a sense of confidence in oneself and the knowledge that one has an important contribution to make in this world. Hope is as much at stake in ENDA as the concrete issue of job retention or opportunity.

That’s exactly where The Episcopal Church’s actions add a small contribution-- hope and solidarity. We cannot make nondiscrimination a reality simply with our words. What we can and did do is to add our voice to a growing chorus, specifically a chorus of people of faith.

And I think those words, that chorus, can do more than we might imagine.

If you are trans, and you are reading this, I invite you to imagine yourself, as the gospel of Luke portrays it (Lk 4:16-20), in the synagogue at Nazareth, as Jesus steps forward and reads from the prophet Isaiah (61:1, 2): 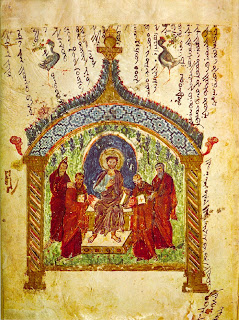 “The Spirit of the Lord is on me,
because he has anointed me
to preach good news to the poor.
He has sent me to proclaim freedom for the prisoners
and recovery of sight for the blind,
to release the oppressed,
to proclaim the year of the Lord’s favor.”

Imagine Jesus rolling up that scroll and sitting down. Imagine your own eyes fixed on this person who read this proclamation of hope with such intensity. And then hear him say to you: “Today this scripture is fulfilled in your hearing.”

Imagine that today, in your hearing, you are released from the weight not only of discrimination and violence itself, but also from the fear generated by it. Imagine that you can simply be yourself as God has created you and calls you to be.

Passing ENDA is absolutely essential, and will go a long way toward alleviating the pressure that weighs on all whose gender identity and/or expression does not conform to social norms. But even ENDA cannot by itself put an end to that pressure with which we wrestle every day.

Religious bodies have a crucial part to play in freeing us from this captivity, because it is so often religious traditions that are invoked to undermine our sense of human worth. And because of their role in creating anti-transgender messages, one of the important modes for this work is proclamation. In many and various ways, trans people need to hear: today this scripture is fulfilled in your hearing. You are set free from stigma and stereotypes, you are released from prisons of gender conformity, you are invited to hear this as the year of God’s favor. 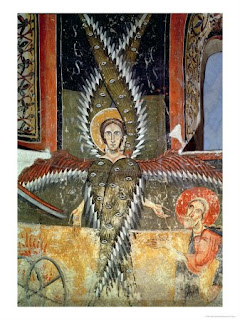 Religious bodies, including the Episcopal Church, have only just begun to take up that work, but when they do, it is powerful.

And so, tomorrow the voice of ENDA renews its cry in the wilderness-- prepare the way.

But today, today may we hear words of hope.

CP
Posted by Cameron Partridge at 4:37 PM No comments: