What a Difference Three Years Makes 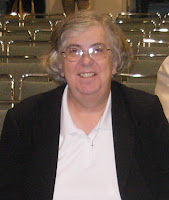 TransEpiscopal has come a long way in the last three years. Back in 2006, I was the only member of the then year-old organization of transgender Episcopalians (and their friends, family and allies) at General Convention in Columbus, OH. While doubling as a volunteer for the Oasis ministry of the Diocese of Newark, I attempted to track and advocate for a resolution to amend the national church's canons to include gender identity/expression in the nondiscrimination provisions of Canon III. I quickly learned that this job -- testifying in committee hearings, monitoring both the House of Deputies and House Bishops, and keeping in touch with our largely Internet-based group, as well as my fellow Oasis commissioners -- was far too big for a single person.

Although my testimony on our canons-amendment resolution (proposed by the Diocese of California) appeared to be well-received, and I got friendly "vibes" from several deputies on the committee, it was eventually reported to the House of Bishops with a recommendation that it be referred to commissions and boards during the next triennium. Ultimately, it was tabled.

Another trans-related resolution, proposed by the Diocese of New York, would have put the church on record as supporting secular legislation protecting transgender and other gender-variant people from discrimination in employment, housing and public accommodations at the local, state and federal levels. Unfortunately, through some still-unexplained glitch, it was never placed on the calendar of convention legislation. When I arrived in Columbus on the third day of convention, it was effectively too late to do anything about that.

This year, we're doing so much better in so many ways that I am gratified almost (but not quite) beyond words. Instead of one person, we have a team of eight, including a trans-identified deputy. As of today (Sunday July 12) two trans-related resolutions have been reported out of committee and sent to the House of Deputies. One 0f them supports secular civil rights legislation covering trans as well as gay, lesbian and bisexual people; the other would amend the canons to add gender identity/expression to the church's nondiscrimination rules. 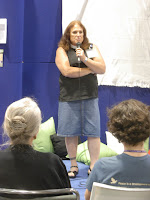 Another resolution (C048), supporting specifically trans-inclusive federal employment non-discrimination legislation, is still in committee, but hopefully will move forward soon. And a new resolution (D090) to encourage the church to revise its forms so that they are not limited to the either/or gender binary, has been introduced.

We've also done much to educate bishops, deputies and visitors about transgender people and issues. Many of us have testified in committee, and received favorable responses. We held a 45-minute "speakers corner" panel under the auspices of the Consultation in the exhibit hall that drew a couple of dozen people for a lively discussion. We have distributed many copies of our brochure at the Integrity booth. 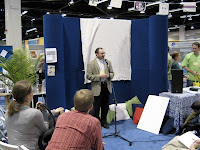 The convention itself is quite overwhelming. Thousands of people fill a huge convention center and nearby hotels. Committees hear testimony and deliberate on resolutions with a skill and sophistication that would do many secular legislatures credit. Bonnie Anderson, President of the House of Deputies, moves a large volume of resolutions and other business through a body with more than 800 members. The House of Bishops, while smaller and a bit less formal, is equally impressive. 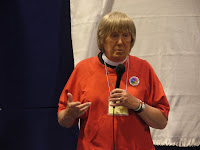 This morning's eucharist was spectacular and moving, with several thousand people and scores of bishops. The liturgy was magnificent and the pageantry eye-popping. For me, yesterday evening's first-ever Trans-Episcopal eucharist, with 19 TransEpiscopal members, friends and allies gathered in a small meeting room in one of the hotels. Instead of a conventional sermon, each person in the room bore personal witness to the historic nature of our presence and the sacredness of our journey. Many eyes were tear-filled before the end of the service.