Although it happened almost six months ago many people here in the UK are still devastated by the sudden death of Sonia Burgess. The circumstances were incredibly shocking. On Monday 25th October 2010 Sonia was on her way to a lecture at St Martin-in-the-Fields. She had attended the previous talks in the series ‘Bible Opened for All’ and on this occasion Lucy Winkett would speak about ‘Being Biblical, Being a Woman’. The topic would have been of particular interest to Sonia, who had at this stage in her life lived mainly, though not quite exclusively, as a woman; but Sonia would never hear this talk. She was seen arriving on the underground platform at Kings Cross Station just prior to 6.30pm, accompanied by a younger woman, with whom she was talking excitedly. Within minutes Sonia fell to her death in the path of the arriving train. Her companion, Nina Kanagasingham, also a trans woman, was arrested at the scene on a murder charge and taken to a male prison. Her trial is scheduled for July.

Sonia was a friend. I had met her in January 2009 at a Rainbow Space (the LGBT group) event at St Anne’s Church, Soho, London, which was the church she belonged to at that time. Warm-hearted, petite and pretty, she seemed younger than me, though in fact she was a few years older, and she communicated well with the young trans people who had joined us for the meeting. When we chatted afterwards Sonia was somewhat apologetic about the fact that she still worked in male mode ‘as a human rights lawyer’. I remember saying that her job sounded demanding; she nodded but was in no way forthcoming about her work. I encouraged her to join Sibyls – the UK organisation that promotes Christian Spirituality for Transgender People – which she did, and I had the pleasure of meeting her at the bi-monthly meetings in London when Sibyls gather for prayer followed by a meal. The last time we spoke, at one of these occasions, I discovered that she had been brought up in the north of England, as I was, and that she had studied in Cambridge, a few years ahead of me. Slim and fashionably dressed – she had just been shopping at Zara – it was hard to believe that she was in her early sixties, and once again I saw her rapport with the young (in particular, a new Sibyls member who is also disabled).

So when, in late October 2010, headlines began to appear in the newspapers about a ‘man in a dress’ or ‘transvestite’ who had (allegedly) been ‘“pushed” under train’ never for a moment did I think that they were referring to Sonia. Although I knew that Sonia worked in male mode, I had not met ‘David’ (nor had most of David’s colleagues ever met Sonia), but in any case, to me, as to her many friends, including those at St Martin-in-the-Fields where she had begun to worship, she was a woman, kindly and vivacious: Sonia. Indeed, early reports of her death referred to her correctly as ‘a woman’; it was only when the police discovered documents on her person that related to her male identity that the crude and inaccurate headlines began to appear. The British press has a long-standing habit of sensationalising trans people’s lives, but on this occasion there was a huge outcry in protest, led by Trans Media Watch, which only this week gathered journalists from the press and television to launch its Memorandum of Understanding which seeks to improve the coverage of transgender people and issues in the media.
It comes too late for Sonia, but the handling of her story by the media has been the focus for an important discussion about the need for greater sensitivity and respect when discussing transgender people’s lives.

After the breaking news of the death of a transgender woman came the shock, for her friends, of hearing that it was Sonia. Nowhere, apart from her family, was the grief more deeply felt than by the congregation at St Martin-in-the-Fields, where a meeting was called and a vast number of people gathered, along with her children, to share their memories of Sonia – and of David. One friend who attended it told me that the use of both male and female names and pronouns didn’t seem to matter as people spoke about their love and admiration for this remarkable person.

It was only at this point that David’s extraordinary career as the leading immigration lawyer of his generation became known to those of us who knew only Sonia, as well as his role in landmark cases that had led to greater transgender equality in the UK. One might have expected Sonia to mention the latter, if not the former, to trans friends and acquaintances, but such was her modesty that she never spoke of either! You can read more about her life, as David, and as Sonia, in the links that follow. Journalist Elizabeth Day’s sensitive article was written earlier this year to give a more rounded picture of Sonia/David in contrast to the sensational tabloid versions. Legal academic and trans activist Stephen Whittle knew Sonia professionally, and as a friend, over many years, and his obituary of her, written at the time, is passionate and revealing. My own brief post about Sonia, on the Changing Attitude blog, reflects on her death from a spiritual perspective, and, as you’ll have gathered, her Christian faith was important to her. 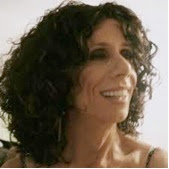 Rev. Dr. Christina Beardsley is on the Board of Changing Attitude , which works for the full inclusion of gay, lesbian, bisexual and transgender people in the life of the Anglican Communion.
Posted by Cameron Partridge at 3:12 PM No comments: