Dessert in the Wilderness 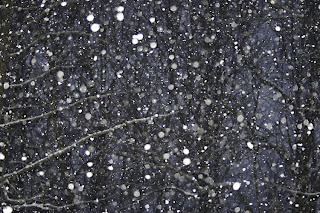 We got our first snow of the season here in Boston on Saturday, that magical first couple of inches before the January days when people go nuts over street parking. It was the perfect accompaniment to a day filled with drama and wonder as the Episcopal Diocese of Los Angeles followed the election of its first woman (suffragan) bishop, Diane Jardine Bruce, with a second woman, Mary Glasspool, who is also openly gay. Both of these elections, like all such elections, must now be confirmed by Standing Committees across The Episcopal Church. And if that does indeed happen, Gene Robinson will no longer be the only openly gay bishop to have been elected as such in the Anglican Communion.

I was even more excited about this election because Mary Glasspool is the former rector of the congregation I serve, St. Luke's and St. Margaret's Episcopal Church in Allston. She was there from the late 1980s to the early 90s. During her time at SLAM, as it is affectionately known, the congregation became one of really only two parishes in the Diocese of Massachusetts to be truly welcoming to LGBT people at that time (the other was St. John the Evangelist on Bowdoin Street in Boston). Now many congregations here are welcoming.

Mary has been the Canon to the Bishops in the Diocese of Maryland for the last several years after serving a congregation in Annapolis. When she did a sabbatical fellowship in the Boston area in 2006 I was glad to have a chance to have lunch with her, as I'd heard a lot about her from folks around the diocese and in SLAM itself.

We met at the Casablanca restaurant in Harvard Square and chatted about her time at SLAM and some of my experiences up to that point, having just started earlier that year, as well as about Harvard Divinity School where she was doing her fellowship.

But what I really remember is the dessert. Or, rather, the arrival of dessert. For some reason I can still remember what I had for lunch (this is unusual for me)-- it was a salad with pears, carmelized pecans and crumbled blue cheese. And more weirdly still, while I can't tell you what I had for dessert, I remember clearly the moment our server put our desserts before us. They looked absolutely incredible (whatever they were), and I remember an odd thought flashing through my head: we should say grace all over again. Again, not my usual train of thought. But then Mary actually said, "I almost feel like we should say another grace!" We didn't, but dessert was certainly eaten with gratitude.

Throughout Saturday, in between errands with my partner around town, I checked the election results on my laptop. Around 5pm, as I was bringing parcels in from the car, Donna Cartwright (of TransEpiscopal and the Diocese of Maryland) called and shared the news with me. Needless to say, I was ecstatic and, after reading up on the happenings, sent out an email to folks at SLAM. The next day, the second Sunday in Advent, as I preached about the ways in which hope comes to us in the wilderness, I couldn't help but talk about Mary's election. I only wish I had thought to include the dessert-arrival vignette. 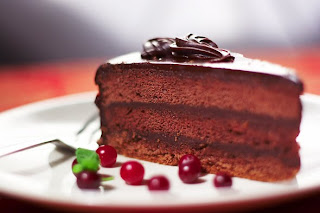 Because, the more I think of it, that's how that moment felt to me: like being offered an oasis of hope in the midst of the wilderness. Perhaps you've heard the saying, "save your fork, the best is yet to come?" I obviously don't know what will happen with the consent process, with this ongoing Anglican conflict, etc. But I do think we should save our forks, and not simply for "pie in the sky by and by" but also for dessert in the wilderness in the here and now.

CP
Posted by Cameron Partridge at 12:07 AM