Epiphany: Trans Folks “Among Us” 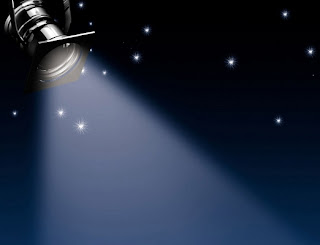 About a week ago I picked up a voicemail from my mom: “Sweetheart, I was wondering if you’ve heard about Amanda Simpson, the transgender woman who was appointed by President Obama this week?” I had indeed heard about Simpson whose appointment as Senior Technical Adviser for the Commerce Department's Bureau of Industry and Security rightly has been hailed as a milestone in the push toward full equality for trans people.

Then on Tuesday, January 5th, the New York Times reported that the Obama administration had “inserted language into the federal jobs Web site explicitly banning employment discrimination based on gender identity.” This move was hailed by the ACLU as “frankly a bigger deal” than the expected insertion of trans inclusive language into the federal handbook for supervisors and managers.

As we move into the season of Epiphany, my question is: what do these developments and the debates swirling around them, reveal about the place and progress of trans folks “among us”? Because if Epiphany – from the Greek epiphaneia, meaning manifestation or revelation – is a celebration of the light of Emmanuel, God-among-us, then part of this celebration requires our search for how God is revealing Godself among us and prodding us to move forward.

Of her own appointment Simpson stated, "I'm truly honored to have received this appointment and am eager and excited about this opportunity that is before me. And at the same time, as one of the first transgender presidential appointees to the federal government, I hope that I will soon be one of hundreds, and that this appointment opens future opportunities for many others." 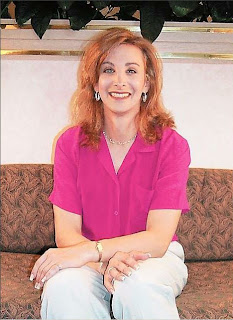 Predictably, the religious right has received these developments as portents of doom. In response to the updated federal employment protections, Peter Sprigg of the Family Research Council argued that trans people should be treated with reparative therapy. Simpson’s appointment prompted the Christian Broadcasting Network’s David Brody to warn Obama not to alienate conservative Evangelicals with "the transgender thing”, while Peter Labarbera of Americans for Truth wondered, "Is there going to be a transgender quota now in the Obama administration?"

Simpson herself later gestured toward the difficulty of being a pioneer in a stigmatized group, remarking to ABCNews.com, “I'd rather not be the first but someone has to be first, or among the first.” Yes, being among the first trans presidential appointees — and certainly the first to be publicly debated — has to be very tough, and she is certainly right to worry about being tokenized, scrutinized, or worse. Any trans person trying to build a career, including within the church, can attest to strains that fall on us. Indeed, a November 2009 survey jointly conducted by the National Center for Transgender Equality and the National Gay and Lesbian Task Force revealed that 97% of respondents had been harassed or mistreated on the job and 26% had been fired simply for being transgender.

Stories and statistics like these reveal how crucial it is to finally pass the Employment Nondiscrimination Act, which has stalled in congress and which President Obama has said he will sign. The Episcopal Church urged the passage of a fully inclusive ENDA at its General Convention last summer.

Meanwhile, even some defenders of trans equality – such as the January 9th piece by Christine Wicker, author of The Fall of the Evangelical Nation: The Surprising Crisis Inside the Church – reveal by their held noses just how far we have to go.

Wicker argued that to oppose Simpson’s appointment for conservative Christian reasons is to “favor one religious view over all others.” As a thirty-year veteran of the aerospace and defense industry, Simpson is enormously qualified for the job, end of discussion. And yet Wicker could not resist distancing herself from a community that clearly makes her uncomfortable: “She was so unhappy as a man that she went through the horrific process of changing her gender. Most of us can't begin to imagine what would cause a person to do something so strange. Thinking about it gives us the queasy feeling that the world is changing too quickly, in the wrong direction.” And then, “So where should the rest of us come down on this issue? If Amanda Simpson is qualified for the job, she ought to get it – even if the rest of us think she's weird or don't even think she is a she.”

And while I do wonder who needs enemies with friends like Wicker, her comments raise a key point. Certain pathologizing terms from her piece -- “unhappy”, “horrific”, “weird”, “strange” – could have sprung from the pen of a religious right critic. But one seemingly innocuous phrase does much more damage: “the rest of us”.

Yes, it’s the old us-them thing. I could simply say that this distinction is fundamentally false, because on one level it is. But on another level, and more crucially, questions like “where should the rest of us come down on this issue?” have a performative impact—they create distinctions. They instantiate division under the guise of (reluctant) charity. That’s the kind of charity on which Epiphany should train our eyes.

And then open our hearts. Because, in an odd way, Wicker’s unfortunate commentary remind me of Simpson’s repeated statements of being “among the first.” “Among”, it turns out, derives from the Middle English “ongemang” which literally means “in the crowd or company of” and shares the same root with the verb “to mingle.”

In other words, Simpson is not alone. Trans people are “among us”. Trans people are us. May the God who is among us strengthen and inspire us to reveal that truth in our relationships, our communities, and in our advocacy this season.
Posted by Cameron Partridge at 2:59 PM