I’d been looking forward to the Lambeth Conference and our seminar ‘Listening to Trans people’. Months ago now Colin Coward, Director of Changing Attitude, encouraged me to apply to the Conference Fringe organisers to include the seminar in its programme and we were delighted when they agreed, though somewhat surprised to find ourselves among just a handful of LGBT events. Perhaps we were included because Trans voices had not been heard at a pan-Anglican conference before. Whatever the reason our participation caught the imagination of journalists, some of whom attended the seminar, though the event was not widely reported – presumably because there have been bigger issues to cover.

In his latest post Cameron has described the incredible range of meetings that took place at Lambeth. Once the Bishops’ programme was published on the internet I began to realise that we would be very fortunate indeed if any bishops were to turn up at our seminar as their official day seemed packed and relentless. In addition, the bishops were faced with the Self-Select options, at 16.00 each day, a choice of one from about ten topics, many of them dealing with the Listening Process, though none, as Cam rightly says, appeared to involve actual listening to real LGBT people, which was confined to the Fringe, so we were extremely grateful to those bishops who made the time to attend our seminar and other Inclusive Network events. 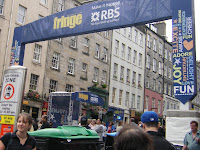 The concept of the Conference ‘Fringe’ seemed to be based on major arts festivals in the UK, like the Edinburgh Festival, or the Brighton Festival,where there is a main programme of concerts, theatre, ballet, and opera with world-class performers, and a fringe programme that is more experimental and alternative, and a show-case for new talent. When one of the Lambeth Conference Fringe organisers wrote to me afterwards for feedback he thanked me for arranging a ‘colourful’ event – a word that revealed a perception of Trans (or LGBT?) as exotic, or experimental, like a performance artist at an arts festival fringe. Often though a show or performer from a festival fringe will transfer to the West End stage in London, and what was once considered avant-garde becomes accepted as mainstream; so I replied to the organiser that our seminar ought to have been one of the Self-Select groups, and he conceded that the programme had not enabled many bishops to engage with an important topic such as ours.

Archbishop Rowan has called for a focus on ‘the centre’ 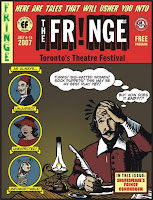 but often, a centre implies that there is also an edge, or fringe, and when it comes to church politics, even LGBT church politics, Trans people can sometimes find themselves on the margins, or at the edge, but what an exciting, creative, and yes, ‘colourful’ place that can be; and from it we can move to the centre, and to the sides, and back again to the fringes: to wherever, in fact, God would have us be. Yesterday was LGBT Pride in Brighton. I can remember when it was attended by a handful of people; nowadays it is mainstream, a family day out that attracts many thousands. After Lambeth it felt good to be at Pride, enjoying the colour, the whacky costumes, the music, the festivity, and the sense that the movement for our inclusion is quite unstoppable.