From Nia Nikasimo: We Are Transgender and We Are Proud 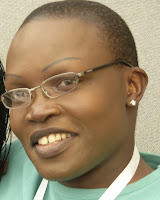 My name is Mia Nikasimo. As a volunteer for Changing Attitude at the Lambeth Conference I found myself in an opportune position to reflect from a translesbian (i.e. a transsexual woman who identifies as a lesbian not to be confused with above or beyond “lesbians,” or a transgender man) standpoint on the Anglican Communion and attempts to exclude the LGBT. I have purposely mentioned my trans status here because “transgender,” as an umbrella term (for transsexual female, male, sister, brother, mothers, fathers, any of whom might choose to cross dress, are intersexed, queer, kings, drag queens and more), can easily lose its identity in the mix. I also specify this identity because I can only share this reflection as a translesbian in the full awareness

that some, like my LGBT African brothers, sisters and the rest of us, cannot. As the founder of an online support group called Transafro (which can be found on Facebook), I aim to give voice to our various narratives, Anglicans or otherwise, to promote, empower and raise consciousness in Africa, the Diaspora and allies.

Transgender, contrary to what is often believed to be the case, is not about sexual orientation. Rather it is about gender identity, as, for instance, in the case of transsexuals (i.e. who identify as female or male). Sexual orientation is something that happens gradually for transpeople, who understand it far more than heterosexuals are able to fathom. Even some transsexual people do not fully understand this distinction so I am not surprised that most members of the lesbian, gay, and bisexual community do not understand the “T” or transgender enough to change their attitudes towards us never mind the wider Anglican Communion, which is why education, dialogue and reflection is important.

I am particularly grateful to Katie Sherrod and Rev. Dr. Cynthia Black of Integrity U.S.A., Davis Mac Iyalla and Colin Coward of Changing Attitude, and their voices of witness… Christina Beardsley, ‘…the conversation should not be about gay men at the expense of women, Lesbians, Bisexuals and transgender people…’ 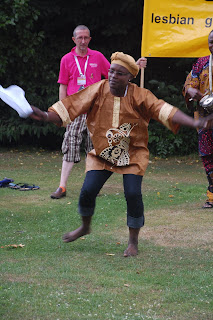 Cameron Partridge, ‘…the situation for transpeople in the US is not as dire as in Nigeria. Transgender people are becoming more visible than ever…’ Stephen, ‘…transgenderism is not fixable…’ Stephanie, ‘…I always knew and the church helped me realise who I am…’ and I, Mia Nikasimo, ‘…transgender people exists everywhere, and Africa is no exception: murder, violent attack, torture, rape or slurs against our names will not erase our experience…’ We are all ready to take on the responsibility of sharing our very unique transgender voices with Changing Attitude, with all our allies within the communion, and beyond with compassion, love and understanding. The consensus will always be that: WE DO EXIST, WE ARE TRANSGENDER AND WE ARE PROUD!!!

Primarily, in conjunction with members of Changing Attitude, this stance is saying that I am here, a transsexual woman and a lesbian of African origin (Nigerian, in my case) but also as a member of the wider lesbian, gay, bisexual and transgender (LGBT) community here to reaffirm our identity in the face of attempts to erase our presence from the Anglican Communion. However, the organisation’s mission statement which states that we are: ‘working for gay, lesbian, bisexual and transgender affirmation in the Anglican Communion’ is well intentioned we need to be proactive in our efforts.

On reflection, I have found that one significant question in particular seemed to manage to escape our attention. Although we have raised the stakes immensely in changing the bishops' attitudes, what are we as attitude changers doing to bring the same rigour to bear on ourselves? Before we can change attitudes among the bishops we have a lot of education, dialogue and reflection work to in our community (i.e. the LGBT) especially with regard to bisexual (although I cannot speak for them I am aware that they have little or no representation) and transgender people. Simple definitions (such as "what is a transsexual woman/lesbian?") still manage to confuse some lesbian and gay men who then amusingly or otherwise call a transwoman or a translesbian a gay man robbing her of her trans identity and of her sexual orientation simultaneously just for a laugh. Likewise, referring to a transgender/transsexual man as a woman denies him his status as a man. Attitudes within the Anglican Communion cannot be changed in an atmosphere of homophobia or transphobia because of deep rooted fear which is why there is a call for more education, dialogue and reflection.

Although my mother is an Anglican, which meant I could easily have chosen Christianity, I opted for Buddhism and this is not to say that Buddhists are without similar conditioning as the Anglicans but because it was a religion I chose with a full understanding of what I was doing. Rather than the impositions and guilt ridden disposition of the Anglican Communion towards gender identity (i.e. as a transsexual woman) and sexuality (i.e. as a lesbian), I left Christianity and became a Buddhist and found peace of mind, albeit formative. With a committed and concentrated practise of meditation, I was more able to get on with my life. This suited me. I read broadly about Buddhism, finding solace in the stories of practitioners like Tenzin Palmo and Milarepa, to mention just two. With meditation practise I also found a sort of peace of mind that meant I could let go of hatred, guilt and fear and approach the world from a position of compassion, love and understanding. I even wanted to become a Buddhist nun and spend the rest of my life in spiritual contemplation in a cave out in the wild somewhere, but I quickly realised that that would be indulging my desire to escape it all. Somehow, the city became my cave practise based on 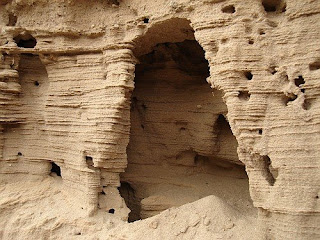 Plato’s Cave allegory. I began to see anew and in seeing saw the Anglican Communion and the human condition as both locked horns. I wondered where all the compassion, love and understanding had gone. At the Lambeth Conference, I followed the Anglican Communion-- as it observed its rituals, I did mine with Buddhist ones evoking the essence of compassion, Tara and/ or the Boddhisattva of fearlessness, Amoghasiddhi, and shared the experience at every opportunity in social engagement.

On a final note, I feel the service of the bishops is not about celebrity or notoriety. Rather their service is about the cultivation of the seeds of compassion, love and understanding in all the Anglican Communion and not just some of its parts. This must include lesbian, gay, bisexual and transgender people too or the shepherd fails in his duty to all his flock of sheep. But this mantle is not for them to bear alone. We have our part to play in the affirmation of the LGBT without excluding the “T” as can happen and continues to.