'Now is the Acceptable Time': The Work Before Us at General Convention 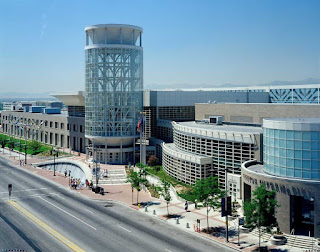 Posted by Cameron Partridge at 10:07 PM

Seems like that you are pretty busy with the work. But I hope that you will give some time to the blog and keep us updated with the work and what you got to see there.

A lot of thanks for every one of your labor on this site. My mum really likes participating in investigation and it is easy to see why. We know all regarding the lively ways you produce informative tips and hints on the website and therefore improve contribution from others on that article while our favorite daughter is actually becoming educated a great deal. Take advantage of the rest of the new year. Your carrying out a great job. home based business opportunities singapore

Thanks on your marvelous posting! I seriously enjoyed reading it, you happen to be a great author.I will be sure to bookmark your post and definitely will come back someday. I want to encourage you to ultimately continue your great work, have a nice weekend! kids play zone

Wow! I am very happy to read this. Actually Fantastic. I am also an expert in this topic so I can understand your hard work. Appreciate your sharing this best article. cheap trendy women's clothing

I simply needed to say thanks all over again. I do not know what I could possibly have handled without the entire advice provided by you about such industry. This has been a very difficult problem in my position, however , looking at the very well-written way you dealt with the issue forced me to cry with joy. I'm just grateful for your help and trust you know what a powerful job you're carrying out teaching others through your site. I'm certain you haven't met any of us. international businesses Advertising

I just wanted to jot down a quick message to express gratitude to you for these awesome tactics you are writing on this website. My long internet investigation has at the end been rewarded with reliable concept to share with my guests. I would believe that we readers are really endowed to dwell in a remarkable place with very many lovely individuals with good advice. I feel quite lucky to have discovered the web site and look forward to many more entertaining moments reading here. Thanks once more for everything.
web designer

This is really interesting, You're a very skilled blogger. I've joined your feed and look forward to seeking more of your fantastic post. Also, I've shared your site in my social networks!
agencies singapore

I wish to show appreciation to you just for bailing me out of this particular situation. As a result of looking out throughout the internet and getting ideas that were not productive, I thought my entire life was done. Existing devoid of the strategies to the problems you have fixed as a result of the blog post is a crucial case, and those that would have badly damaged my career if I hadn't come across your website. Your own personal skills and kindness in maneuvering every item was very useful. I am not sure what I would have done if I hadn't come across such a subject like this. I am able to at this moment look forward to my future. Thank you very much for this expert and amazing guide. I will not hesitate to refer your site to any individual who should have care on this subject matter.
new ways to boost their website's visibility

It is really a nice and helpful piece of information. I’m glad that you shared this helpful info with us. Please keep us informed like this. Thank you for sharing. sportswear for women

I am glad to read your blog is really great and cool post, It's very interesting to get info from you. Your shared article is really perfect than others. If you want to find idol's account on instagram, please coming site instastalker to do it.