“Do That Which Scares Me”: Fear and Transgender Equality in Massachusetts

For I am convinced that neither death, nor life, nor angels, nor rulers, nor things present, nor things to come, nor powers, nor height, nor depth, nor anything else in all creation, will be able to separate us from the love of God in Christ Jesus our Lord.
-Rom 8:38-39

A lobby day for transgender equality yesterday capped off what has been, to put it mildly, an extraordinarily intense week here in Massachusetts.

I attended the lobby day in support the H1728/S1687 “An Act Relative To Gender-Based Discrimination and Hate Crimes” bill with my partner and our three-month-old son, and delivered a brief invocation at the end of the speeches in my capacity as Co-Chair of the locally based Interfaith Coalition for Transgender Equality. 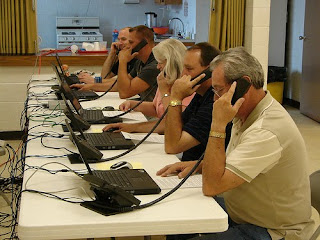 Colbert reported in Bay Windows yesterday, the Massachusetts LGBT community was angered this election by “anti gay-baiting robo calls” that began plaguing Massachusetts phone lines three days before voters hit the polls. Originating “in a 202 area code from the Washington, D.C. [area], a recorded male voice asks residents if they view marriage defined as ‘only between one man and one woman.’ If they indicated ‘Yes’ they were urged to vote for Brown, ‘the only candidate with a proven track record’ of supporting traditional marriage. The call also labeled Coakley as a ‘radical’ same-sex marriage supporter who opposed letting the people vote on the issue and who used taxpayer dollars to support a same-sex marriage ‘agenda.’”

With the Supreme Court just yesterday approving by a 5-4 margin that corporations and labor unions can spend unlimited amounts on federal elections, the floodgates of such robo-calls and other methods of bombardment would appear to be opening at the national level. The majority opinion, penned by Justice Anthony Kennedy, argued that to prevent such spending is to censure free speech. “When government seeks to use its full power, including the criminal law, to command where a person may get his or her information or what distrusted source he or she may not hear, it uses censorship to control thought,’’ he wrote.

Add to this mix the continuing cloud of grief and anxiety hovering over the many intersecting communities devastated by last week’s 7.0 earthquake in Haiti. Numerous people in New England had connections to the events in Haiti, including members of the large Boston Area Haitian community, the Sisters of Saint Margaret, and medical teams from Boston based Partners in Health.

And add to that list the trans community which learned last weekend of the death of Flo McGarell, a visual artist and transman from Newbury, Vermont, who lived in the city of Jacmal for the past six years, serving as director of the FOSAJ, a non-profit art center. The New England Cable News did what struck me as a very respectful interview with McGarrell’s grieving parents and, perhaps without meaning to, gestured toward the complexity of McGarrell’s gender identity and expression. In an in-depth interview with the art 21 blog about his wildly creative art, Flo described himself as “a total gender mash up” which was “a constant and humorous topic of discussion” in Jacmal. When asked about what guided his artistic vision, Flo answered:

“Don’t hide, don’t lie.
Do that which scares me.
Resist the urge to settle.
Be as many things as possible in this lifetime.”

His loved ones are organizing memorials and tributes at this site.

With such losses along with the sour economy on the minds of lobby day attendees yesterday, a fundamental question emerged: how can we help return a sense of confidence to lawmakers who may be afraid to fight for any legislation considered “controversial” right now? How can we break through this late-January crust of fear?

Fear may be eroding Massachusetts’s transgender nondiscrimination legislation, just as it is at work in the stalled Employment Nondiscrimination Act in Washington. D.C. How is it that over 105 state lawmakers (out of a total of 200) have signed on as co-sponsors of the MA bill, that a poll conducted last November by Lake Research Partners showed that 76% of Massachusetts residents and 80% of Massachusetts women support it, that Governor Deval Patrick has signaled his enthusiastic support, and still this bill has not gotten out of committee? We cannot let the events of this week, devastating as they are, deter us from this crucial task.

As I think and pray about all of these swirling currents, as I watch the dynamics of fear playing out all around me, I can’t help but think of McGarrell’s conscious ethic of fearlessness. And that sentiment, in this week’s context, draws my mind to the Apostle Paul writing to communities in Rome about the eager longing with which creation waits to be set free from its bondage. We may groan inwardly now, he says, and we may feel alone in our labor, but the Spirit indeed intercedes for us, and urges us onward, never, ever separate from the love of God, as we collaborate in building God’s glorious dream. 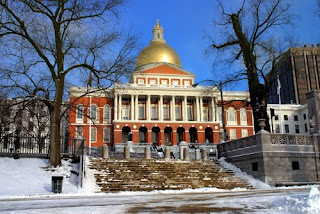 As the three of us emerged from the State House, we were dazzled by a brilliant, cold blue sky and streams of sunlight.

Here is the invocation, which uses language tailored for a group of numerous religious (and nonreligious) traditions:

An Invocation for Transgender Lobby Day

May the Holy One of all our traditions bless, protect and empower us, illumining us with insight, calm and unfathomable fortitude.

May we be reminded of the remarkable strength that lies within us, urging us onward even in face of the steepest odds.

May our hearts be filled with gratitude and awe for the sacred community gathered here today: trans people, partners, allies, families of all configurations, people of all races and ethnicities, sexual orientations, national origins, religious and spiritual traditions, professions and vocations.

May the Divine Spirit flowing among us stir up our prophetic anger at the evils of apathy and expediency as much as of bigotry and ignorance.

And may we go forth with boldness, empowered to bear witness to the truth of our lives and the birthright of our human dignity.

All this we ask in the name of the All-Holy One who urges us into life and love, and sets us free. Amen.