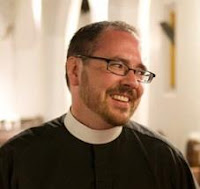 Commentary by the Reverend Cameron Partridge

Over the last two years since the rash of suicides that followed Tyler Clementi’s death in 2010, people across the United States and around the world have been wrestling with the problem of bullying. As an Episcopal Campus Minister, I was proud to stand with our chaplaincy that fall as it co-sponsored a vigil on Coming Out Day—we wanted to stand with LGBT youth and young adults, and with all who have experienced the profound “othering” that bullying reinforces. As Christians, we needed to stand together and say “enough,” to lift up the dignity of all human beings, to refuse to countenance the notion that bullying or hazing is something that all must pass through on their way to adulthood.

Bullying preys upon all manners of human difference, including but by no means limited to sexual orientation, gender identity and gender expression. For too long, churches have contributed to the hostile climates in which bullying is condoned. Resolution D022 , inspired by a similar effort in the Evangelical Lutheran Church in America, seeks to counter that trend. Integrity and TransEpiscopal therefore strongly support it.

Resolved, the House of _______ concurring, That the 77th General Convention calls for a church wide response to the epidemic of bullying, particularly of those perceived as being “different” by virtue of economic, ethnic, racial or physical characteristics, religious status, sexual orientation, gender identity or gender expression; and be it further
Resolved, That the General Convention encourage new partnerships among our congregations, dioceses, campus ministries, National Association of Episcopal Schools, public schools, counseling centers, and governmental organizations in order to support and offer preventative programs addressing bullying, harassment, and other related violence, especially with higher risk populations; and be it further

Resolved, That these partnerships be encouraged to create or join with existing preventative programs which:
- utilize positive, inclusive, empowering and developmentally appropriate materials
- raise participant’s awareness about the issue
- focus on prevention
- seek to change bystander behavior into ally behavior
- create partnerships between youth and adults

In the fall of 2010 the suicide of Rutgers University student Tyler Clementi, followed by numerous others, opened the eyes of people across the country to the widespread and longstanding problem of bullying. Untold numbers of young people – people whose sexual orientation or gender expression, whose skin color or body size, whose clothing or religious practices mark them as different from their peers -- often suffer in isolation, forever scarred by their experiences. For far too long bullying has been viewed as a kind of inevitable “rite of passage” that those who are different should learn simply to survive.

As Christians we can do more than to say “it gets better,” powerful as the video project of that name has been. We can help make it so in the here and now. Christ calls us to welcome the stranger, to bind up the brokenhearted, to be agents of reconciliation, healing, and empowerment in this world. Working together, we can help transform the perilous, expanding terrain of the transition from childhood to adulthood. Our churches can be—as indeed many already are—spaces where young people can come to know what a blessing it is to be the people God has created them to become, and where adults can be equipped to support and celebrate this growth.

Committing to a churchwide response to end bullying will equip congregations and institutions with resources and partnerships to live out the baptismal promise to respect the dignity of every human being as we minister to the at-risk youth in our communities.
Posted by Cameron Partridge at 4:56 PM